My comment on the article Putin has become tangled in his own web by Roger Boyes in The Times, 20 October 2020. 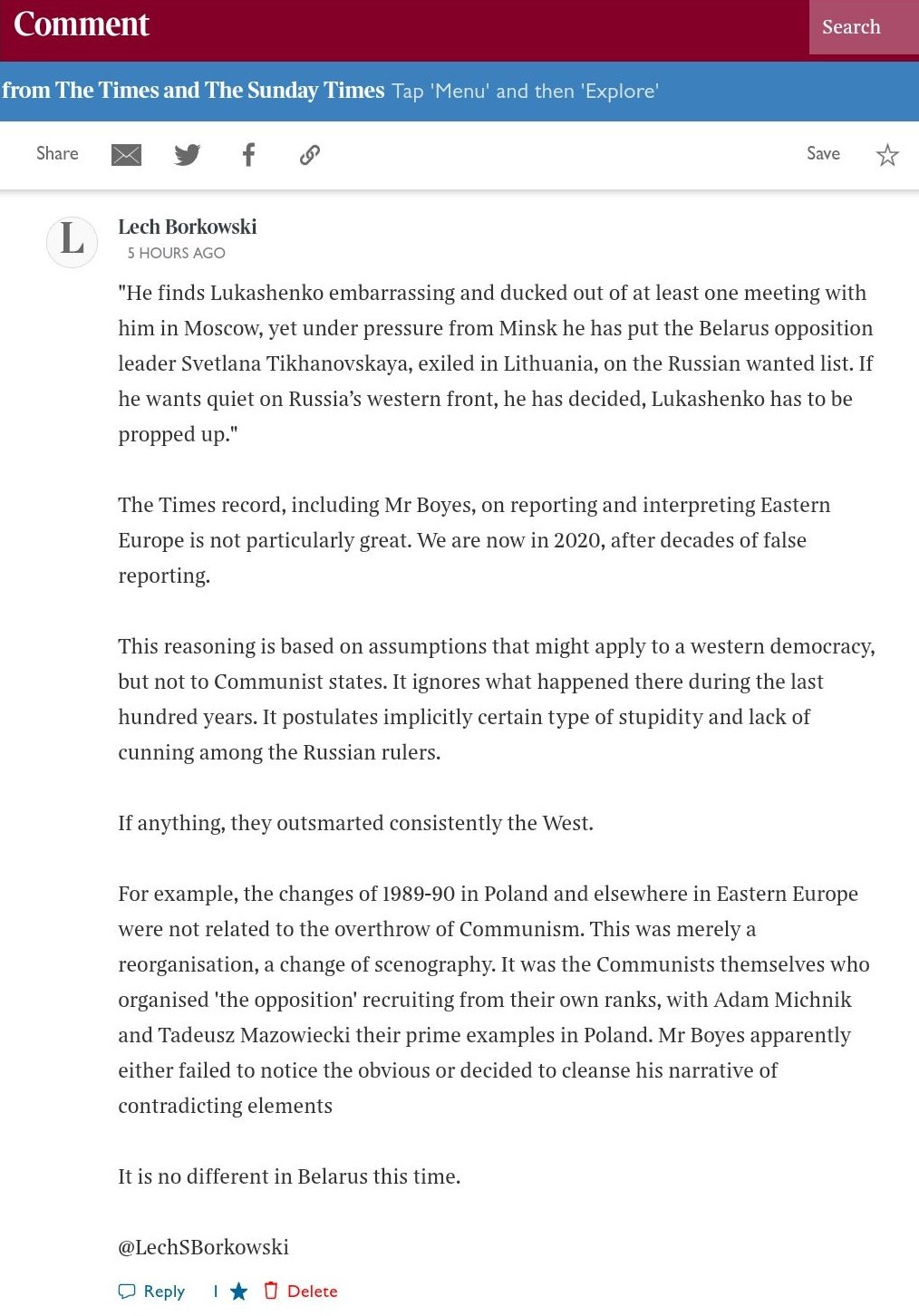 “He finds Lukashenko embarrassing and ducked out of at least one meeting with him in Moscow, yet under pressure from Minsk he has put the Belarus opposition leader Svetlana Tikhanovskaya, exiled in Lithuania, on the Russian wanted list. If he wants quiet on Russia’s western front, he has decided, Lukashenko has to be propped up.”

The Times record, including Mr Boyes, on reporting and interpreting Eastern Europe is not particularly great. We are now in 2020, after decades of false reporting.

This reasoning is based on assumptions that might apply to a western democracy, but not to Communist states. It ignores what happened there during the last hundred years. It postulates implicitly certain type of stupidity and lack of cunning among the Russian rulers.

If anything, they outsmarted consistently the West.

For example, the changes of 1989-90 in Poland and elsewhere in Eastern Europe were not related to the overthrow of Communism. This was merely a reorganisation, a change of scenography. It was the Communists themselves who organised ‘the opposition’ recruiting from their own ranks, with Adam Michnik and Tadeusz Mazowiecki their prime examples in Poland. Mr Boyes apparently either failed to notice the obvious or decided to cleanse his narrative of contradicting elements

It is no different in Belarus this time.